The following applies to 1.16.2 at the time this is written.

The following diagram shows various objects that participate in defining world generation, and where they are registered/defined.

The general rule of thumb is that Registry will contain objects that contain some form of custom code, while BuiltInRegistry contains built-in data objects that mostly reference code objects from an associate Registry by ID and sometimes add configuration data.

For use in an actual world, all data objects from BuiltInRegistries will be copied by value into a new DynamicRegistryManager and may be overridden by JSON files in enabled data packs. 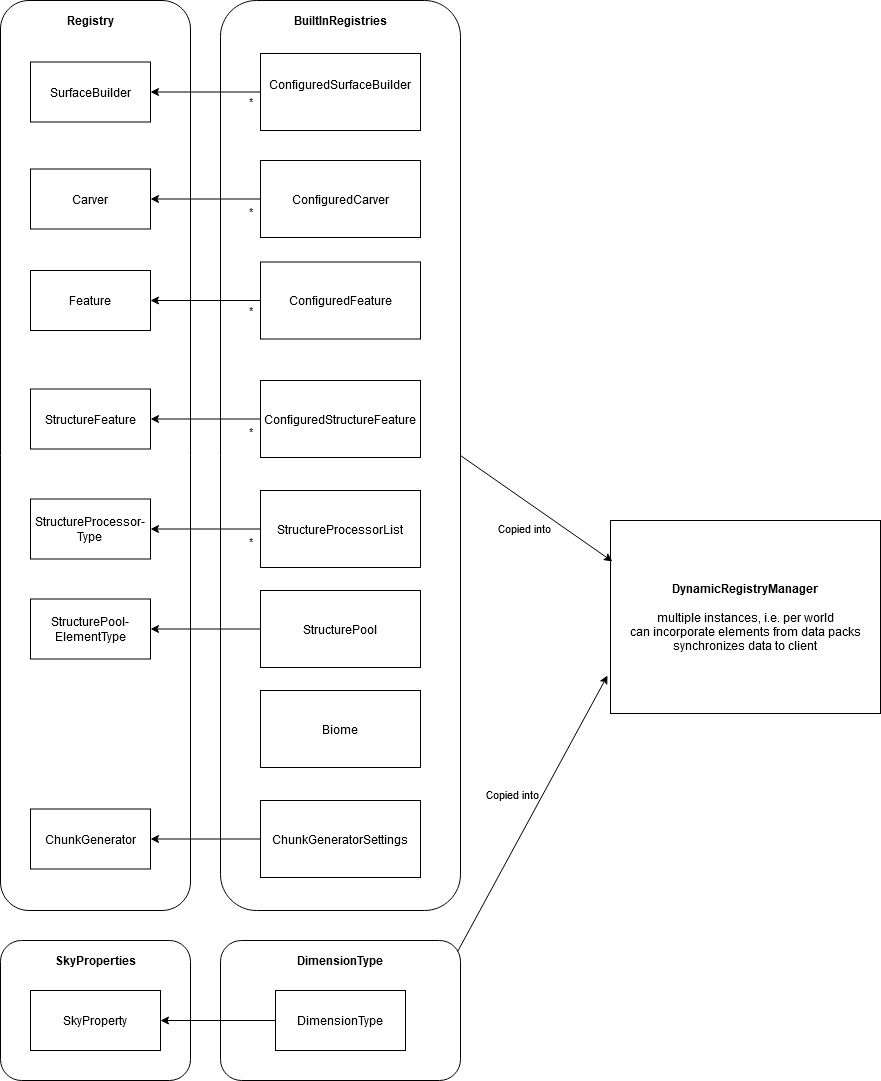 You should register your custom worldgen in the following order in your mod initializer:

Except where otherwise noted, content on this wiki is licensed under the following license: CC Attribution-Noncommercial-Share Alike 4.0 International